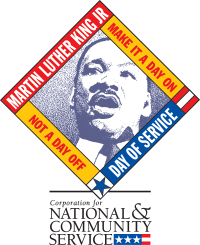 Over 100 units will participate in the parade, many of the floats and specialty units will feature the theme of this year’s Chinese zodiac sign. Nowhere in the world will you see a lunar new year parade with more gorgeous floats, elaborate costumes, ferocious lions, and exploding firecrackers. Some of the parade highlights include elaborately decorated floats, school marching bands, martial arts group, stilt walkers, lion dancers, Chinese acrobatics, the newly crowned Miss Chinatown USA and the Golden Dragon. The Golden Dragon is over 201 feet long and is always featured at the end of the parade as the grand finale and will be accompanied by over 600,000 firecrackers!
The Golden Dragon bears many operatic touches, such as the rainbow colored pompoms on its 6 foot-long head. It is festooned from nose to tail with colored lights, decorated with silver rivets on both scaly sides and trimmed in white rabbit fur. The dragon, made on a skeleton of bamboo and rattan, is in 29 segments. It takes a team of 100 men and women to carry the Golden Dragon. This is also considered an honor to be chosen for the grand finale. Rain or shine, come watch the parade!
2020 Chinese New Year Parade | SF Chinatown | Chinese New Year Parade
Website:
Click to visit
Tags: Chinese New Year, Holiday
Click for more events and info at Chinese New Year Parade
Address: 50 Walter U Lum Pl
San Francisco, CA 94108 USA

If you purchase something through a post on our site, CelebrateFamily.us may get a small share of the sale.

Other Events of the Day

Thanks for Supporting Our Sponsors